An overnight caregiver and a bored stiff succubus form an unlikely alliance to launch a dark web speed dating site.

Where is the conflict? (And what are the stakes?)

Thank you, but your comment is too generic to glean anything from.

I was thinking a caregiver (life-giver) being involved with a succubus (life-taker) = conflict, and the dark web stuff = stakes – since most are illegal.

Any helpful criticism is welcome!

When I say Where is the conflict, or what are the stakes… I mean it should be added to the logline.

I don’t know who or what is standing in their way so I can’t get specific.

But? I assume you do, so I am saying since this is your story, you should add who specifically is standing in the way, and what specifically will the lead character lose if they fail to achieve their goal.

My genres are usually Horror/Dark Humor. I thought I was doing something right by attempting to mirror the Fight Club logline from IMDB, but you can see how that went.

After reading the Logline Checklist 1.0, watching Karel?s YouTube vids, and Richiev ?On Loglines: There are certain answers to logline problems that many of us seem to repeat as we give advice? I had an epiphany ? don?t use the ?logline? structure from e.g. IMDB as they are just teasers.

I am working on a new version armed with the lessons I have learned – will update soon.

Why would the two form an unlikely alliance?? What’s the shared goal in their relationship?

And why must the dating site be on the dark side of the web?? What is it doing that ‘s? evil and illegal?

Neither of the characters seems flawed in a way that implies a journey of change, and at the same time (like Richiev said) there appear to be very little stakes and conflict.

According to the logline, the two meet, agree on their terms of collaboration and launch a dating website – end of story. How will that be dramatic? What force is opposing them? And how will they internally change as a result?

Quite right. I have responded to Richiev and will submit a new version shortly.

Thanks for your input.

I would like to see some description of the two characters that give us an indication as to why they have both decided to go on this adventure together. Other questions I have are:

What are their intentions for setting up this site? If the caregiver is the main character, perhaps he/she has good intentions which the succubus exploits and then conflict arises between the two later on?

Do they both plan to put it on the dark web initially or is there a deception involved? I don’t see a caregiver being someone who would know much about/ care much for the dark web.

An overnight caregiver (the main character) is plagued by a succubus while he sleeps. He chose this career assuming that sleeping at his patient’s house will stop the encounters – but the activity continues. Originally the succubus (she) was feeding on the caregiver, but now she just wants an ear to bitch about her boring existence. Out of desperation, the caregiver comes up with a plan to move her on ? try speed dating to find an interesting match. Since she is a succubus she has to feed, so an ordinary dating service would not be natural. Thus the idea of a dark web speed dating site, a place where dark folk line up to date her and enjoy the consequences. Through his newb attempt to launch this site he gets the attention of a detective that wants to apprehend him.

Let me know if you have any more questions that can assist with making this a better logline.

Thoughts? Think I am getting closer, but its starting to elude me again 😉

“A hell-bent overnight caregiver must evade the law after botching the launch of a dark web speed dating site to relocate his clingy succubus to more enticing fresh meat.“ 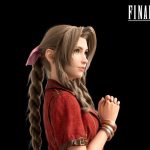 There’s a lot of potential here, I just think the wording can be clearer. I don’t know what the main story is,? evading the law or finding his succubus another soul?

You’re on the right track with “hell-bent” being used to describe WHO your MC is, I just don’t know how it ties into his story arc. I would think about the person your character is at the start of the story vs who he is by the end, and use adjectives that sort “sum up” or imply what his journey will be.

Lastly, this logline is missing a sense of urgency. WHY must he relocate his succubus to another soul? What is he going to lose if he doesn’t? And if evading the law is your main story, we need to know WHY must he evade the law. Who/what is coming after him and what will he lose and he’s caught?