A forsaken young man struggles to overcome the anguish of childhood abduction, abuse, and a changed identity to become a college basketball All-American.

So I understand your review, and came up with this logline instead. Hopefully this clarifies the lead character’s goals better? What do you think?

Logline: Disbelieving that he is fatherless, a college basketball star must jeopardize his championship hopes to rescue his addicted single-mother while searching for his long-lost dad.

Here is a short summary of my screenplay if this helps too?

Plot Summary:?Mitchell Craig, a reverent and prized basketball recruit has three goals. One. Earn the love of his self-destructive mother, Betsy Craig. Two. Find his long-lost dad. Three. Win a championship. After Mitchell misses the game-winning shot in his high school’s regional final, little does he realize the journey to achieve at least one of his goals is about to begin.

The character needs to be more specific. What?s the exact backstory here? Did he get abducted from his real family and is being raised by his abusers who forcibly changed his religion? If so, then you should open with that instead of putting it in the middle where the plot should be.

And what?s the character?s weakness? Is he a choker who loses his nerves during a game or does he have rage issues because of which he can?t play in a team? Or is he bad at handling failure because it reminds him of how worthless he is and somehow deserves the abuse that he has always received? Is there a religious angle that conflicts with his basketball player identity? Specificity of weakness should help you come up with an appropriate action that he needs to perform in order to get selected by a scout or whatever the ultimate goal is. 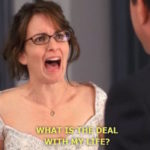