1960 (USA) Two criminals parked roadside, one black, one white, they wait for money to be picked up, but a battle of wits breaks out resulting in one being shot and the money disappearing.

Not sure if this is a summary of the whole movie or just the opening scene. Either way, why should we care when two criminals fight over money and one gets shot? Last week a similar incident occurred not far from where I live. That story received 30 seconds of air time on the local channel. What makes this story so special that it merits a two hour dramatization? However you formulate your logline, it should make the reader care enough about the particulars to want to know more.

Reservoir Dogs. ?Not all films are pixar.

I understand it needs something for people care. ?Characters need to be relatable, not always likeable.

The news report I mentioned held the viewers interest for 30 seconds. Now you are asking for 2 hours, but at the moment I can’t see why. Perhaps the reporters had no more to tell, but you know the whole story, so entice me a few more tidbits…

I don?t believe that everything has to ?happy?.

The tone starts with two guys that may help each other. We learn in a few minutes that they more or less tolerant each other. They are going around picking up more for their gangster boss.

While talking we learn that one of them as a secret that the boss may be willing to kill over, if he learns it. ?We are sure who it it. ?We finally learn which person it is.

We also know that the person is going to steal the money and blame it on the other person.

It is (as much as I am sick of this term) a game of cat and mouse between two bad man, willing to do bad things.

Your logline led to a few questions in my mind: 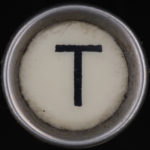 1960?s USA is an important part. ?There was racism built into society, the black guy may have some power in the relationship, but outside the car he has none. ?When he says something like ?perhaps I inherit the money?, his friend responds ?people like you don?t have rich family?.

Plus no mobile phones. ?Which means they are isolated.

They are gangster. They are picking up money for they boss.

In a nutshell – some beats.

* They begin to talk.

* They begin to talk about money going missing in the gang. Plus problems with the cops.

* The black guy begins to lay out why he would be tempted to do what they are talking about. ?This drags information out of the white guy.

We know that one guy has done something wrong. ?But we also see that the black guy has had a hard life, due to racism and everything going on. He is taking advantage of the wrongs of the white guy.

The story challenges the reader/viewer to try and answer ?is it okay for a person to do something bad to a bad person?. ??Can a person be justified in doing bad things because ?they have been treated bad themselves.?

I can totally see this playing out in some remote place, maybe with a derelict gas station in the background… something really raw and almost claustrophobic about it (the way Phone Booth did).

However, as yqwertz pointed out, your logline reads as a summary of a part of your script rather than as the central conflict of the entire thing. ?And, whilst we don’t have to ‘care’ about them personally, in this kind of story it may be advantageous to include some emotional hook to stop people dismissing it too easily.